Date and place of birth: , 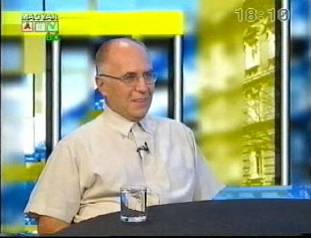  An interview to Inforádió (excerpt, in Hungarian)

-         Conceptualized, designed, and managed the development of  ZSINOR, a geomarketing database, and the geomarketing software GEOMARK

-         prepared and submitted the project ESIA in the IV. Framework Program of the EU

-         designed the statistical data editing and processing systems, managed their implementation, and supervised the processing of the survey data

-          Provided an estimation for the main aggregates of SNIA for the

-         compiled the main aggregates of the National Information Accounts of Hungary

-         elaborated the principles of development and operation of government information system

-         designed, and implemented the system of information statistics of HCSO and edited four data sources on Hungarian information economy

-         organized two international conferences on the economy of information

-         1997 for Hungarian Ministry of Post and Telecommunications –  Prepared a recommendation for the Information Society Forum of the EU and CEE countries, to implement a standard system for information statistics in the CEE region

Served at more than 200 examinations